Photography Tips
Beautiful, cheerful photos that feature his daughter Maria, a global ambassador for Down syndrome.

Denis Kuvaiev started his professional photography work in 2011 in Vancouver, Canada. Very quickly thereafter, photos of his daughter Maria, who has Down syndrome, became famous all over the world. You can now find Maria’s photos on the covers of magazines, books, and different publications in many languages across the globe.

We spoke with Denis to learn more about his path to professional photography, his work featuring Maria, and his thoughts on how photographs can help break down cultural barriers.

Hi Denis! Tell us a little about yourself. When did you first get interested in photography and how did you get to where you are today?

I became interested in photography at around 11–12 years old. My father had a pretty good camera at the time and we had a small laboratory in the bathroom where we developed photos with a red light. Then, my parents gave me a simple camera that I always had with me and it left me with many unforgettable moments that I captured through black and white photos.

Then, cameras were changing all the time– from color photos to Polaroids, etc.­– but my father’s old camera now belongs to my son, as he’s currently studying photography.

What inspired you to focus on your daughter Maria as a model for your photos?

At first, my main photo models were my older children, but as soon as I took the first photos of Maria, who was 5–6 years old at the time, I realized that her extraordinary smile could conquer the world (which happened soon after). And as soon as her photographs hit the Internet, she became a real global ambassador for Down syndrome.

The first time I realized Maria was becoming famous was in 2014, when I found her face on a petition calling for Disney to create an animated hero with Down syndrome. It was a very interesting collage where Maria was a Princess with a magic wand, and was very funny especially because she likes Disney movies so much. News about this petition, with Maria’s photo front and center, made it to all the most important American, British, and Latin American papers around the world.

Later, Maria’s photographs became common all over the world in various magazines, newspapers, and books — both in simple articles but also on the covers. I made a collage of the magazine covers for the exhibition of photography that we took in 2018.

Maria quickly rose to fame as the face for Down syndrome and appeared in magazines, newspapers, and websites all over the world in multiple languages.

When we lived in Paris, Maria’s photo made it to a bigger publicity board and her face was in every Paris metro station. All our friends sent us photos with the banner in the background. Someone even created a mural from our photo on the wall of a building in Latin America.

Now, there are a lot of images of Maria around the world reminding people that people with special needs and disabilities live all around them. And when people look at these photos, they can finally pay proper attention and care for these people. This is what made me proudest in seeing my daughter become a Down syndrome ambassador.

What’s the most surprising thing that you’ve learned, either personally or professionally, during your time shooting photos?

“Hello!!! I really want to thank you … When my daughter was born, it was scary, and I stupidly searched ‘photos of children with Down syndrome’ on Google and the first photos that I saw were of your daughter. Then I felt so calm. Well, really, thank you very much for your girl. Imagine that along with me, a huge number of women, upon seeing Maria’s photo, believed in their child. I wish you all the best!!!”

That was the most surprising and amazing moment: when you understand that your job can really help people.

In your experience, how do you think that photography can help people better understand those who are different and break down cultural barriers?

People with Down syndrome, regardless of nationality, religion, or place of residence, have their own chromosome set and therefore all have similar facial features, certain similar demeanors and — most importantly — they teach us to have a joyful mood in every life situation. It’s no wonder they’re called sunny people. And the photos that reflect this positivity can help people better understand those who are different and break down cultural barriers.

What are some of your best tips for capturing an authentic emotion or message within a photograph?

What message would you most want to share with people regarding Down Syndrome?

If there was one thing I would also change about the art or business of photography today, I would want it to become more positive, and to help people not forget about those who are different. These people will also be able to bring a certain joy into the world that it may lack.

Where do you turn for creative inspiration for your work (blogs, websites, other resources, etc.?

For creative inspiration for my work, I mainly turn to reading good books and listening to music. Very often, music plays at our photo sessions and creates the desired mood. I also love to draw, just like Maria, which is why she has so many successful photos with painted hands.

What’s up next for you?

There are many ideas and projects in the works; I’m writing a script now and I want to make a film. In addition to my first idea of a film about a little girl with down syndrome, who suddenly becomes famous thanks to her photographs, I also had an idea for a film about a street artist in Paris. It’s a little bit autobiographical, since apart from photography I devote a lot of time to painting, and before Maria was born I was a street artist and have many interesting stories from that time. I’m also looking for an opportunity to publish my book in the USA — which is called “The Door to a Fairy Tale” and was published in London in 2017.

But my main job is to shoot photos with Maria, who is now 14 years old — a transitional age which has so many difficulties associated with it — but nevertheless, her joy and her charm also continue to transform in their own way. 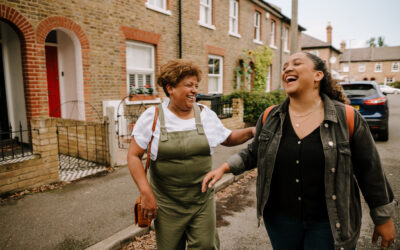 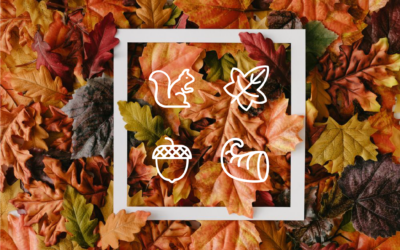 Browse through thousands of cozy autumn photos and icon collections to get into the spirit of the season.