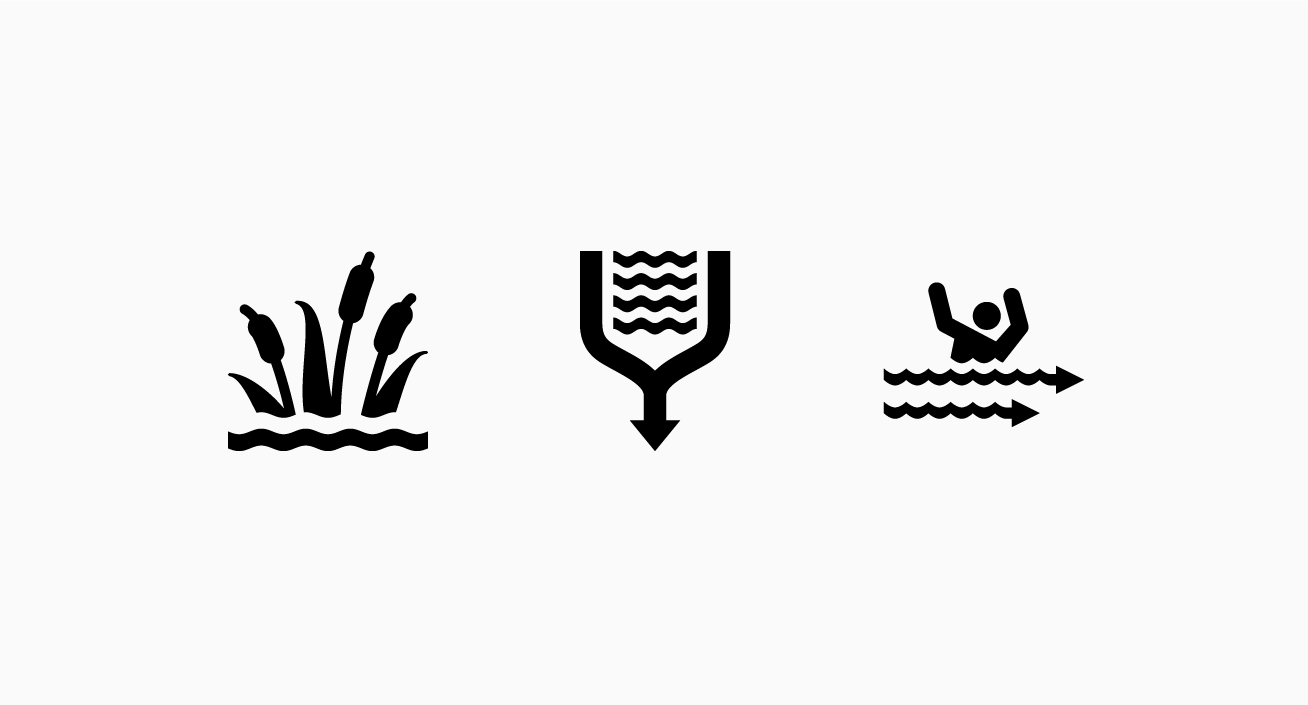 With the L.A. River Revitalization Corporation

The Los Angeles River is something of a hidden gem in our city. Although it runs right through the heart of L.A., not too many people know about it. This is because early in Los Angeles history the River was confined and routed through a series of concrete channels to prevent the kind of catastrophic flooding that occurred in 1938. Confining 80% of the River to these concrete channels resulted in essentially the world’s largest storm drain, causing many citizens to forget there was even a River in the first place. This contributed to rapid deterioration and pollution of the River.

There has been a growing grass-roots movement to restore and revitalize the L.A. River and surrounding areas. One of the first voices for this movement was Friends of the Los Angeles River, founded in 1986 by Lewis MacAdams.

Our goal for the LA River Iconathon was to create new ways to visually communicate vital information about the river. In the months leading up to the event we worked with several river organizations to create a list of river-focused concepts that needed to be visually defined. The list included everything from Dangerous Current to Urban River. The workshop kicked off with a presentation from Omar Brownson, the Executive Director of LA River Revitalization Corporation. Omar talked about the long term vision for the river, which includes some exciting buildings and parks that are planned for the future. Next up was the legendary river advocate Lewis MacAdams, co-founder and President of Friends of the LA River. Lewis captivated the audience with river stories from his past, and his dedication to the river was an inspiration to all of us.

After the presentations, everyone broke into small groups to brainstorm how to best visually communicate each concept. We were so impressed with the quality of the ideas and how passionate everyone was about working together to change the river in a positive way. After the breakout sessions we had a group critique where we discussed which concepts best communicated each referent. The sketches created during the event were transformed into finished vector icons that anyone can download and use from anywhere in the world.

You can now view and download all of the great L.A. River icons that were created at this Iconathon.

Through facilitating Iconathons we have been amazed time and time again by how many people want to roll up their sleeves and have a positive impact on their communities. It’s easy to become disillusioned and disappointed in our world with all the bad news out there, but through grass roots events like Iconathons, that perception can be easily changed into one of hopefulness and endless opportunity.

We would like to thank Daniel Lahoda at the LALA Gallery for hosting us, Media Temple for providing a healthy lunch that kept our energies up, our speakers Omar Brownson and Lewis MacAdams for educating us about the LA River, Tanner Blackman and the City of Los Angeles office of Councilmember Jose Huizar and Nat Gale from Mayor Antonio Villaraigosa‘s Office of Transportation for advocating for the event, Will Wright from the LA Chapter of American Institute of Architecture, Carol Armstrong and the LA City River Project Office, the fine folks of Mia Lehrer & Associates, and of course everyone that attended and took part in the event!

More photos of the event can be seen on Flickr.

Originally published at iconathon.org on July 24, 2012.