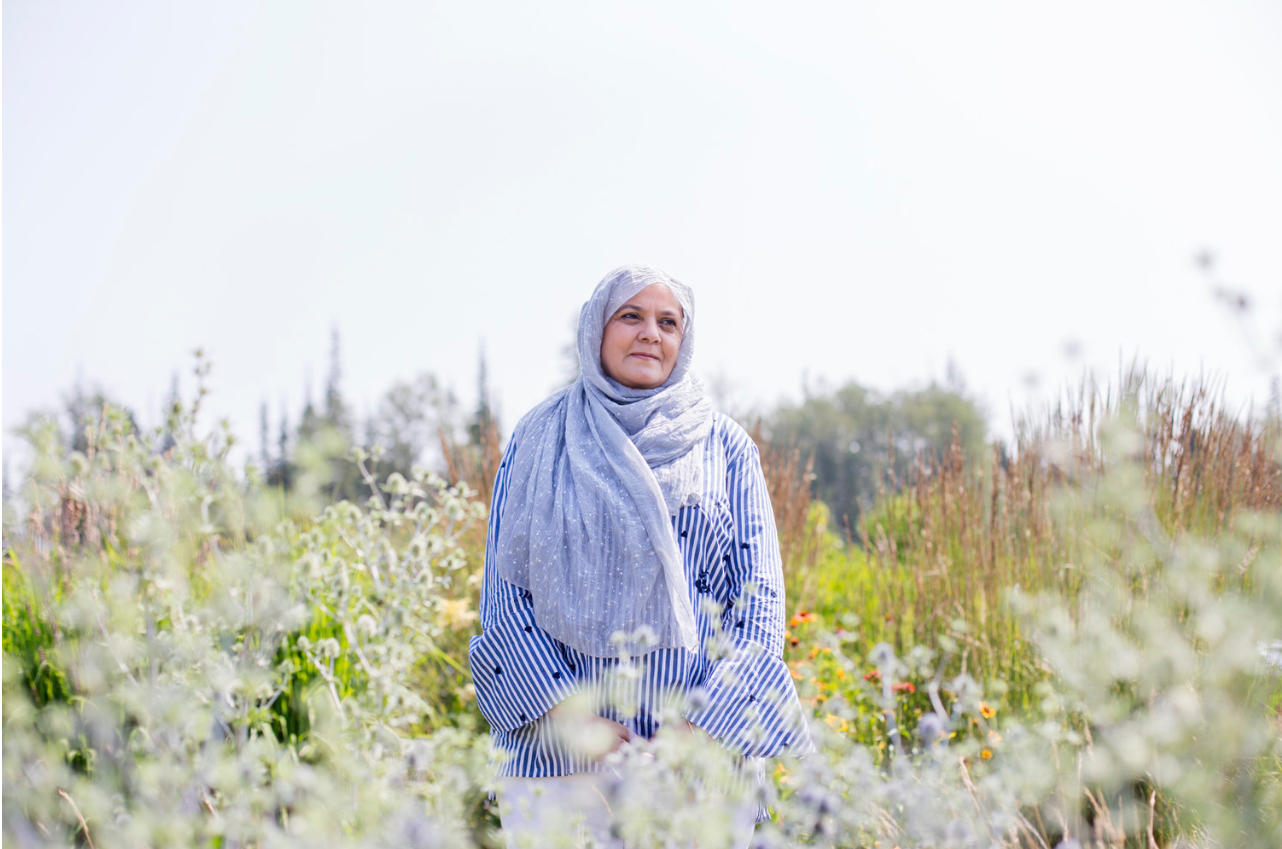 Alia Youssef is a portrait photographer whose personal work advocates for the positive representation of Muslim women and women of color in mass media. Her long-term, award-winning series, The Sisters Project, combats negative stereotypes of Muslim women by showcasing the diverse stories of over 160 inspirational women from 12 cities across Canada. This work has been celebrated far and wide, and has been featured by publications including Elle Magazine, The Globe and Mail, CBC, VICE, Refinery29 and many more. We caught up with Alia to learn more about her work, her creative process and where she finds inspiration.

Hi Alia! Tell us a little about yourself. When did you first get interested in photography and how did you get to where you are today?

I became interested in photography at 14 when my family bought a new digital camera and my mom encouraged me to take photos with it. My interest in photographing people came immediately after and my passion for portraiture has only grown with each year.

I began photographing my neighbors for fun, and by 15 started getting commissions for family shoots, small weddings, portraits, etc. Once it was time to decide what I was going to pursue in university, it only made sense to continue growing my craft and to study photography at Ryerson, where I completed my BFA in photography. It was in my final year for my thesis project that I began “The Sisters Project.” Since graduating, I have continued to work on my project, even doing a cross-Canada tour with the project last Summer. Now, I am expanding my work even further by completing my MFA in documentary media.

The Sisters Project showcases the diversity of Muslim women’s experiences and stories in Canada. What inspired you to embark on this journey?

Growing up I did not feel that many aspects of myself were represented in the media I was consuming (I now know that 70% of women don’t feel represented in the media). I often felt that I needed to hide parts of my identity — my Muslim identity especially — due to how negatively it was portrayed. In late 2017, I heard another Muslim woman say, “I’m so tired of all Muslim women being painted with the same brush,” and that sparked the idea to create a photography project that not only showcased our diversity, but brought our positive and authentic stories to the media landscape. The project, fortunately, has gained a lot of traction and I’m very proud of the real-life impact it’s making.

Through The Sisters Project, you’ve photographed over 160 women and counting. What’s the most surprising thing that you’ve learned while working on this project?

Shooting for this project has been extremely inspiring for me personally. I have grown so much from hearing and listening to the stories of these incredible women. They have become my role models and have taught me that our diversity is so much more than I had originally conceived when beginning the project. I feel liberated to embrace belonging to this identity.

In your experience, how can photography play a role in breaking down cultural barriers and building connections between people?

It can be a great first step in building empathy and understanding, as it allows us to view the lives and humanity of the people in the photographs. I believe that hearing the voices of the people in the photographs is also extremely integral as it allows the participant to share their experiences and gives depth to a photograph. In the case of my project, I believe it’s important to photograph the project participants in spaces that are meaningful to them and chosen by them. It allows the viewers to begin learning about them as you’re invited to see them in their places of work, places they pursue hobbies, or places that give them joy. I then share a caption built from interview questions that gives you a better inside look to the participant’s story. I believe that photography best plays a role in understanding cultural barriers when the photographer is also a part of that community.

Thinking back on iconic images that have altered the social, political or cultural landscape, do you think that photography still has the power to change the world?

Although I believe it’s more difficult now for a photograph to make as big of an impact in a time when we are consistently bombarded with images, messages, notifications, requests etc., I still believe photographs have the power to change the world. We still see situations where a photographer has been able to capture the raw emotion of a situation so powerfully that it resonates deeply with viewers, going beyond mere empathy and moving them to action.

Do you think it’s important for photographers to take on personal projects in addition to client work?

Whenever I do class visits, workshops, or artist talks, I always encourage photographers to work on personal projects. It’s not only an excellent mode of self-expression to create work on the topics and issues you care about, but it’s a way for other people who are looking to hire photographers to see your values. Most of the freelance work I do comes from people who know “The Sisters Project,” and have seen how much I value the representation of Muslim women and women of color. It also shows the way I love to work, which is with natural light and in meaningful environments.

What would you change about the art or business of photography today?

I would like to see more media and advertising images taken by women, and more women being shown in galleries and museums. Only 5% of the photographs we see in the world are taken by women, a sliver of that percentage being women of color, and this needs to change.

Where do you find creative inspiration for your work and what qualities do you think make a really great photo?

I often turn to websites such as Women Photograph. I love scrolling through the personal projects that female photographers across the globe are working on. I fell in love with photography as a teenager by looking through magazines and often still find inspiration that way, although admittedly more often through a magazine’s Instagram these days. I’ve found photographers I admire such as Olivia Bee by seeing her cover story of Lorde in Billboard Magazine. I found Tiffany Nicholson by seeing her cover story of Julia Louis-Dreyfus in Porter Magazine.

With a media landscape that’s so overwhelming, a great photo is one that makes you stop and take a closer look.

What’s up next for you?

I’m currently halfway through my Masters of Fine Arts, where I’m working on a new project that’s an extension of “The Sisters Project.” It will highlight Muslim Canadian history through photographing and interviewing multiple generations of Muslim women in families. Besides that, I hope to continue working on freelance projects that bring more representation to our media landscape.

You can view more of Alia’s photography on Noun Project and see more of her work on her website, Instagram, and The Sisters Project site.