Creative Inspiration Photography Tips
A new photo collection celebrating empowered women leading at work, at home, in their communities, and beyond. In partnership with TIME’S UP Foundation, The 3% Movement, The Female Quotient, and FREE THE WORK.

Throughout history, women have been trailblazers and change-makers at the forefront of powerful movements, critical discoveries and advancements in STEM, and innovative solutions to some of the world’s most challenging issues.

Today, on the global political stage nations led by women have outperformed their male counterparts in their nation’s handling and containment of the COVID-19 pandemic. The United States just elected Kamala Harris as the first woman (and first woman of color) to serve as Vice President, and Stacey Abrams made history registering more than 800,000 voters in the state of Georgia. Women continue to lead in the corporate world, with research from McKinsey showing that in 2019, companies in the top quartile for gender diversity on executive teams were 25% more likely to have above average profitability. In the U.S., women have also been the primary or co-breadwinners in 64% of families, with 84% of Black mothers and 61% of Hispanic mothers being primary or co-breadwinners. In communities across the U.S. and around the world, women have led movements to champion equal rights, to end police brutality, and lift up the voices of those who have been marginalized.

Women have always led — in their communities, at home, and at work — but repeatedly without the level of recognition provided to men. This lack of recognition has only been reinforced by the scarcity of empowering, realistic visual resources that celebrate and champion women’s leadership.

Visual language has the power to shape, reinforce, and change perceptions. The media we are exposed to each day sends powerful messages about our value and place in society, affecting how we see ourselves and others, oftentimes negating our true future potential.

Too many visual representations of women still support outdated stereotypes. A simple Google search for stock photos of “boss” yields results where the top 34 photos are images of 33 white men, two images depicting abusive behavior, and one very angry white woman — not a single image featuring BIPOC leaders can be found.

If we want to lift women up, inspire the next generation of role models, and encourage more women to take on and stay in leadership roles, they need to see themselves represented positively in those roles across the board.

Noun Project has partnered with outstanding organizations that champion women in leadership — FREE THE WORK, TIME’S UP, The 3% Movement, and The Female Quotient — to launch a new collection of stock photos that celebrate empowered women leading at work, at home, in their communities, and beyond. Each photo is free to use under a Creative Commons license — because changing culture requires accessible images that can be used by all. Along with the photo collection, each week we will highlight the stories of exceptional women change-makers nominated by our partners for their outstanding impact. You can read the first one here.

We will continue to add to this collection over time, and together set a new standard for how women are portrayed in visual resources. Because, in the words of Shelley Zalis:

Explore over 100 images in the Empowered Women collection on Noun Project.

FREE THE WORK
FREE THE WORK is a nonprofit initiative dedicated to identifying systemic inequalities in film, television, advertising, and media, and finding actionable solutions to expand access for underrepresented creators.

The 3% Movement
Started to spotlight a huge business opportunity in advertising — the lack of female creative leadership and its impact on connecting with an overwhelmingly female marketplace — The 3% Movement has grown exponentially since its 2012 launch. Hosting events in 27 cities globally and offering consulting and certification programs that amplify creative cultures, 3% has helped drive the number of female creative directors in the U.S. from 3% to 29%.

The Female Quotient
The Female Quotient taps into the power of the collective to advance equality. It brings visibility to the invisible, creates actions and accountability for change, and helps companies close the gaps across parity, pipeline, and policy. Together with its partners, the Female Quotient is adding more women to every equation, from college campuses to the corner office, across sectors and industries. 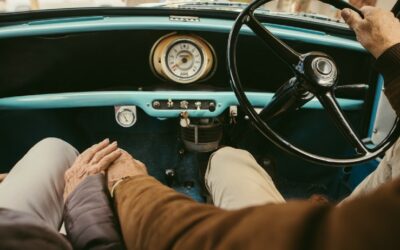 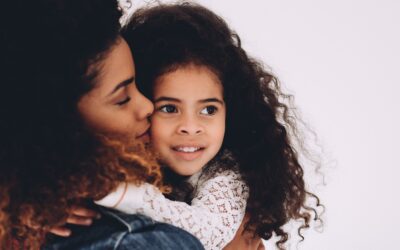