Spotlight: Shelley Zalis, CEO and Founder of The Female Quotient

Creative Inspiration
Advancing equality in the workplace through the power of collaboration. 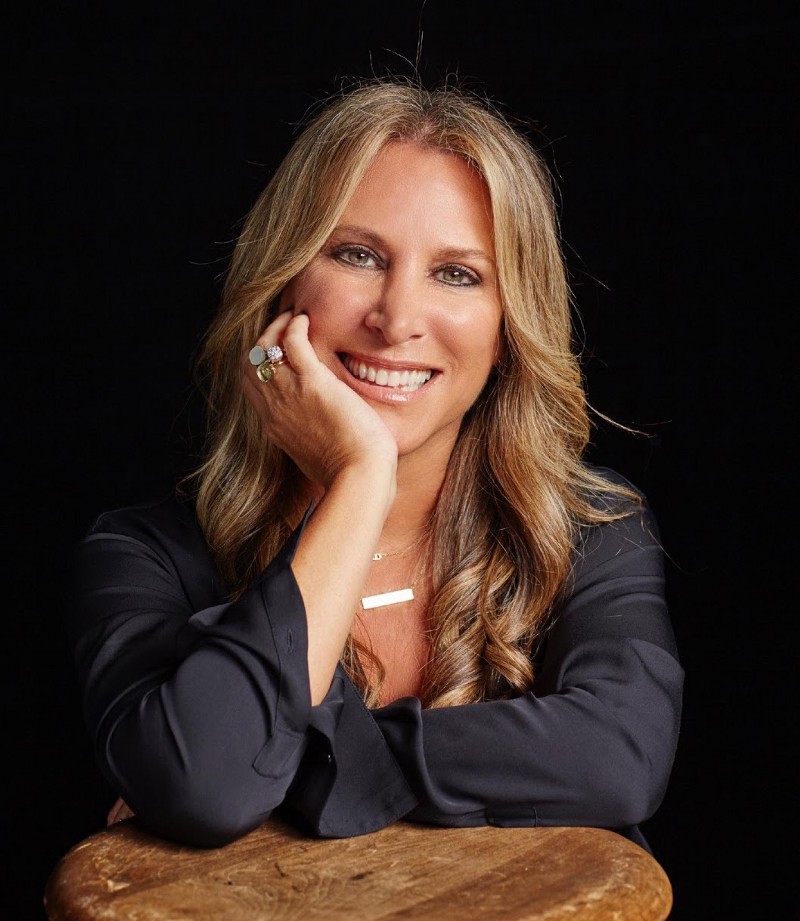 The Female Quotient is a female-owned business advancing equality in the workplace through the power of collaboration. The organization brings visibility to women, activates solutions for change, and creates metrics for accountability.

Noun Project and The Female Quotient have joined forces to launch a new collection of stock photos that celebrate empowered women leading at work, at home, in their communities, and beyond.

We spoke with Shelley Zalis, CEO and Founder of The Female Quotient, about her career path, her thoughts on the biggest opportunities to support the rise of more women in leadership, and her advice for women navigating the path to leadership in their industries.

Hi Shelley! Tell us a little about yourself — how did you get to where you are today?

I was one of four girls. Growing up, I didn’t think there was any difference between girls and boys, and I didn’t think my gender would or should hold me back.

I was very lucky to have a wonderful CEO at my second job, Gerry Lukeman, who would become a lifelong mentor. I admired how he ran his company like he ran his family; he didn’t try to hide that part of his life, but instead had photos of his kids everywhere. He also taught me a really important lesson: There’s no such thing as trying. He threw a pen on the floor and said, “Try to pick it up. You either pick it up, or you don’t.” That stuck with me.

Not all bosses were like Gerry, though. One of my managers gave me a performance review that changed my life. He said I was too emotional, that I spent too much time on relationships. That’s when I realized I needed to break the rules of the workplace that had been written by men and create my own.

You founded The Female Quotient and its Equality Lounge experience — which takes place at conferences all over the world — to champion gender equality in the workplace. What led you to create this organization and how have you seen the impact of your work grow since launch?

I always say that a moment became a movement. As I advanced in my career, I was used to being the only woman in the room — but that didn’t mean I was happy about it! When I went to the Consumer Electronics Show (CES) in 2013, I didn’t want to feel like the lone woman among a sea of men, so I gathered a group of girlfriends to walk the floor together. The effect was immediate. One of us alone wouldn’t have gotten noticed, but together, we were impossible to ignore. It showed me the power of the pack, and this was something I wanted every woman and minority to experience. That’s what led me to found the Girls’ Lounge, which was the genesis of The Female Quotient.

Originally, we called our pop-up experiences the Girls’ Lounge. This was a response to the boys’ club: The opposite of boy is girl; the opposite of club is lounge. The Lounge started as an oasis for women at big industry conferences around the world; an destination for them to collaborate and connect.

Over time, the Lounge also became a space for leaders to come together and take action. We want everyone to be part of this conversation, which is why we recently evolved our name to the Equality Lounge. It’s the place where we all belong. We’ve now connected tens of thousands of women and leaders, around the world and across sectors and industries. We’re creating the largest global community of people making a conscious commitment to advance equality.

In addition to the important work you’ve done at The Female Quotient, you are also the co-founder of #SeeHer, a movement led by the Association of National Advertisers (ANA) to increase the percentage of accurate portrayals of women and girls in advertising and media. How can better visual representation help champion gender equity?

If you See Her, you can be her. Girls need accurate role models to look up to — so why can’t they find them in the media? Our research found that 55% of adults believe that women are portrayed negatively in programming, while 91% of women say that advertisers don’t understand them. When girls see themselves accurately represented on screen, they are able to see their own potential. Media defines culture, and culture defines change. When girls see stereotypes played out in the media, that only serves to reinforce biases that need to be banished.

What do you see as some of the biggest opportunities to positively drive meaningful change for women in the workplace and to support the rise of more women in leadership right now?

Our biggest issue is the outdated gender norms and cultural expectations placed on women. Women enter the workforce at 50/50, but they are still vastly underrepresented in senior leadership roles. Once women hold at least 30% of executive positions, they’ll hit critical mass, and a culture shift will occur. Even after all the progress we have made, female leaders are the exception, not the rule.

To close these gaps, leaders need to focus on the three Ps: pipeline, policy, and parity. Do women have a clear pathway to advance at your organization? That’s pipeline. Does your organization have policies or a workplace culture that holds women back? That’s policy. Do you pay women and men equal pay for equal work? That’s parity.

When you look to the future, what inspires you and what initiatives are you currently most excited about?

I am constantly inspired by the power of women. Just look at the leaders getting global recognition for how they handled the COVID-19 crisis. Most of them have one thing in common, and it’s their gender. Finally, female leadership strengths — being empathetic, collaborative, vulnerable — are getting the credit they deserve.

Here at the Female Quotient, I’m really excited about our growing business. Our Equality Lounge has pivoted to virtual for the time being, bringing people around the world for over 300 (and counting!) virtual conversations. It’s actually been amazing and empowering to remove physical barriers. FQ Next Gen is fostering the next generation of leaders, working with young women on college campuses, while the Business of Equality is working with business leaders to close the gaps and advance equality within their own organizations. It’s amazing to work with women at every level, from college age to the C-suite.

How can people support the work you’re doing?

Become part of our pack! A woman alone has power; together, we have impact. Support other women around you and help each other rise. And while we’re living our lives virtually, please join us for our Virtual Equality Conversations!

What advice would you give to women in the workplace as they navigate the path to leadership?

Here are a few things that have worked for me:

About The Female Quotient
The Female Quotient taps into the power of the collective to advance equality. Through their portfolio, the organization brings visibility to the invisible, creates actions and accountability for change, and help companies close the gaps across parity, pipeline, and policy. Together with their partners, they are adding more women to every equation, from college campuses to the corner office, across sectors and industries.