Creative Inspiration
All Raise has nominated Julia Collins to be featured for her outstanding impact in tech. 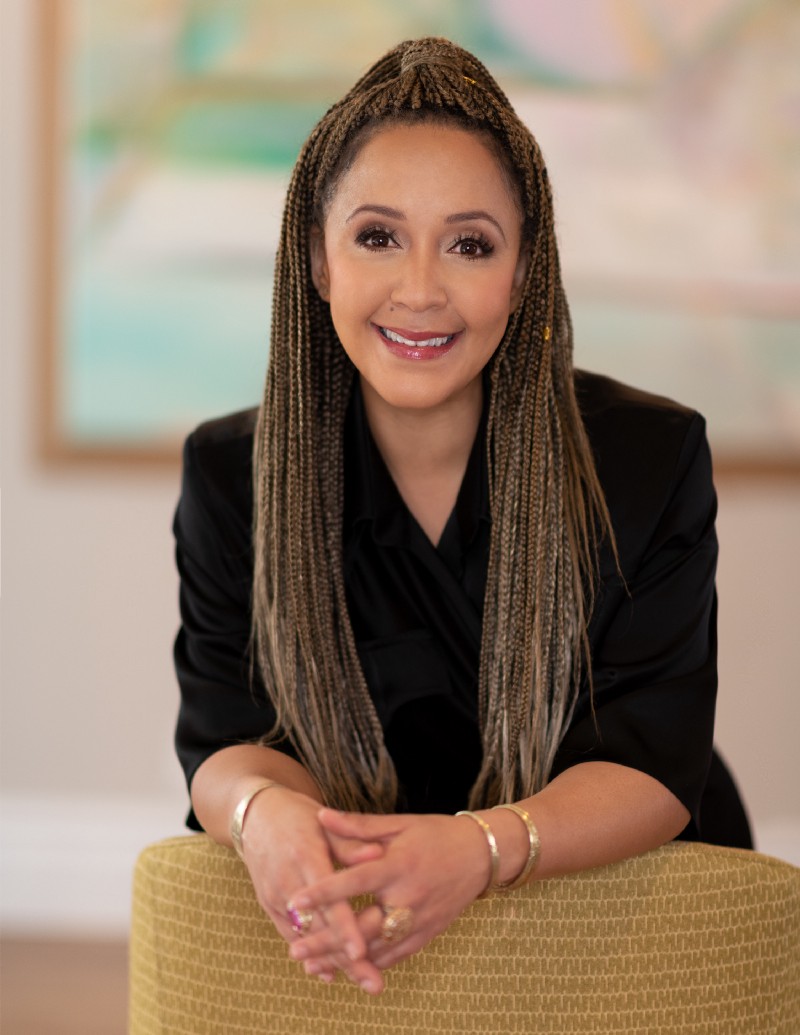 This interview is part of our Diversity in Tech series in partnership with All Raise, Anitab.org, Blavity, Grid 110, and Latinas in Tech, a coalition effort to champion diverse representation in the tech industry. Read more about this initiative here, and download images from the Diversity in Tech collection here.

Julia Collins is a serial entrepreneur who has spent her career building food companies, including Zume Pizza where she became the first Black woman to co-found a unicorn company. Today, Julia leads Planet FWD, a company on a mission to tackle climate change by expanding regenerative agriculture adoption through a sustainable ingredient platform alongside a climate-friendly snack brand. We caught up with Julia to learn more about what’s next for Planet FWD and her thoughts on supporting diversity in the tech industry.

Hi Julia! From co-founding Zume Pizza in 2015 to today as Founder and CEO of Planet FWD, you have been working to revolutionize food for the better through technology and sustainability. Tell us about yourself and how you developed an interest in the food industry.

My connection to food began when I was a child. My grandparents moved from the South to the Bay Area during the great migration to begin the first Black dental practice in San Francisco, and their home was an extension of their practice. Everyone was welcome, the door was never locked, and there was almost always something cooking.

From a young age, food became an expression of everything that felt good. Sharing food with my community represented safety, joy, connection, culture and love. As I grew up, I also developed a passion for science and technology.

Upon graduating from Harvard, I moved to New York City and began my career in food, spending a decade working with and building companies like Murray’s Cheese Bar and Harlem Jazz Enterprises, the company responsible for the award-winning restaurant The Cecil. After some time under my belt managing food businesses, I co-founded Mexicue — a Mexican barbeque fusion restaurant — with some friends where I learned even more about what it means to run a successful food business.

In 2015, I had the opportunity to combine my passions when I co-founded Zume Pizza. I moved back to the Bay to build this business at the intersection of food and technology to create delicious food that’s accessible and better for people.

What was the catalyst that inspired you to create Planet FWD?

During my time at Zume Pizza, I grew a better understanding of the role food plays in climate change. During that time, I became a mother and thought more and more about the world I was bringing a child into. In 2019, knowing I wanted to create delicious food that’s better for people and the planet in addition to it being accessible to everyone, I left Zume Pizza to found Planet FWD.

While there is no silver bullet and much of the damage has already been done, addressing our food system is an impactful place to start confronting the climate crisis en masse. This is the problem I plan on tackling for the rest of my life.

How is Planet FWD tackling climate change and what’s next?

At Planet FWD, we’re tackling climate change in two ways. First, by developing software that will make it simple for brands to connect with suppliers and farmers using planet-friendly practices.

As for what’s next, you can keep an eye out for our first climate-friendly product — a cracker — later this year!

What are some of the biggest opportunities you see right now when it comes to working toward more equitable representation in the tech and startup worlds?

As a founder, my job is to create a successful business and increase the wealth of my cap table, so they can go and invest in the next great innovation. That’s why I was very intentional when raising my seed round, where 99.5% of my cap table were women and/or BIPOC.

I encourage BIPOC founders I mentor to fill the seats at their own cap table with intention. This not only increases the wealth of your BIPOC investors so they can grow the number of investments they have in this community, but it shows greater pattern matching for the entire venture capital ecosystem when you succeed.

At Noun Project, we believe visual language has the power to shape, reinforce and change perceptions. What are your thoughts on why diverse visual representation in tech is so important to helping change the status quo in the industry?

To my point above, it’s human nature to pattern match, and the valley is no exception to this condition. VC’s invest in people who look and sound like previous successful founders they’ve invested in.

By adding more diverse points to their data set, it increases the chances of them investing in the next great deal that crosses their desk that happens to be led by a BIPOC founder or a female-identifying founder or a differently-abled founder.

By being an example of a successful Black female founder, who’s also a mother and empathetic and believes in my ability to change the world, I’m showing people who identify with one or many of those traits that there’s a place for them too.

Looking to the future, what inspires you and what initiatives are you most excited about right now?

I’m really inspired by the younger generations taking to the streets right now. Millennials and Gen Z have brought a fierce spirit to the fight for our planet and the fight for equality.

In 2019, more than 4 million people came together for a global climate strike. 4 million. That is powerful. They understand the strength born from solidarity. But it’s not just politicians they’re holding accountable — it’s brands too — using their economic power to change what they cannot accept. It shows in their commitment to a more climate-friendly lifestyle. 62% of Millennials and Gen Z prefer to buy from sustainable brands, while 68% of Millennials and 73% of Gen Z say they’re willing to pay more for sustainable products.

They’ve also kept up momentum in recent months as they continue to take to the streets and call for justice against the inaction of our politicians. They are relentless and multi-faceted in their approach, and it energizes me and gives me hope.

The only way any movement stays alive is if we make it so. That’s why we must continue to stand up to injustice and inaction, and we must vote.

What advice would you give to young people navigating the path to a future in entrepreneurship?

Think critically about what your mission on this Earth is and design your life around fulfilling it.

Don’t let your company valuation define your success, define it for yourself.

This interview is part of our “Diversity in Tech” series in partnership with All Raise, Latinas in Tech, Anitab.org, and Grid 110, a coalition effort to champion diverse representation in tech. Read more about this initiative here, and download images from the Diversity in Tech collection here.

About All Raise
All Raise is on a mission to accelerate the success of female founders and funders to build a more prosperous, equitable future. Born out of a grassroots movement in 2017, our programs arm women with access, guidance, and support to advance their professional growth. When the architects of tomorrow better reflect the world, our world is better served. Learn more at allraise.org.