Creative Inspiration
Creating a tech culture where women are leading, shaping, and funding the future. 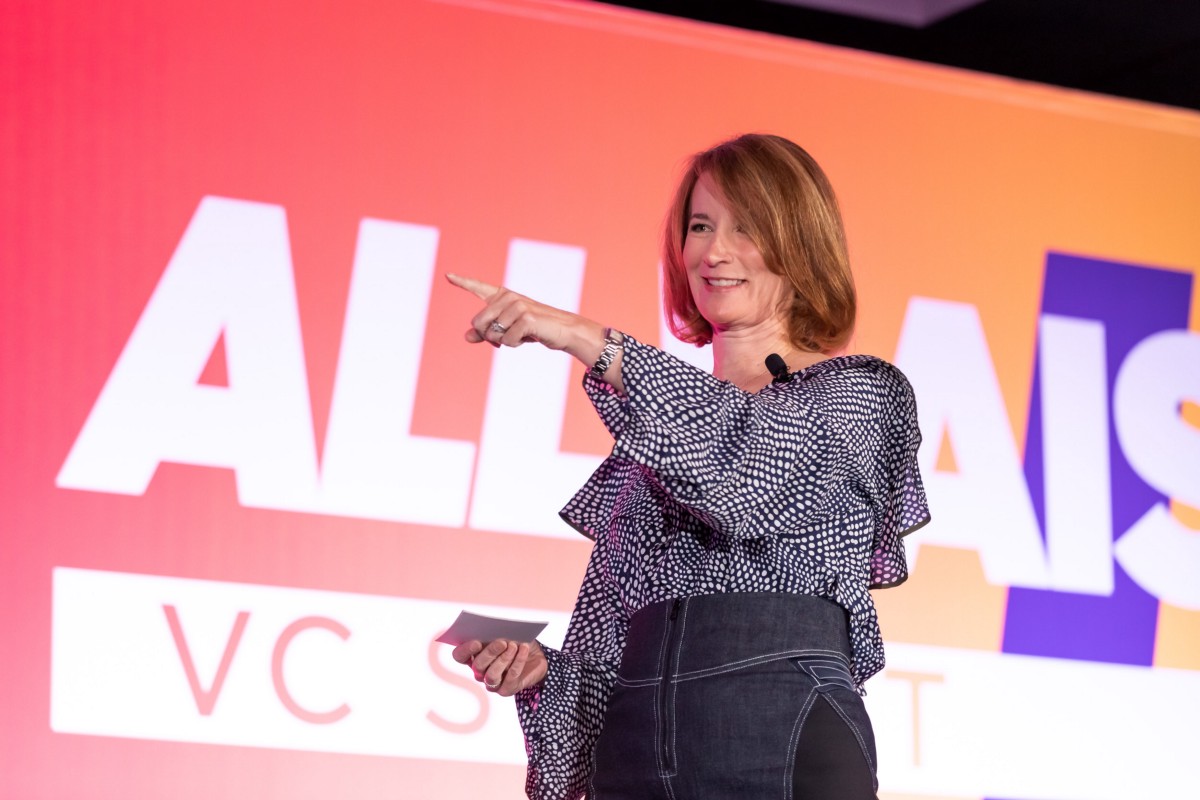 All Raise is on a mission to accelerate the success of female founders and funders to build a more prosperous, equitable future. Born out of a grassroots movement in 2017, the organization’s programs arm women with access, guidance, and support to advance their professional growth.

Noun Project and All Raise have joined forces to launch a new collection of stock photos that celebrate diversity in tech. Giving underrepresented groups a visual seat at the table is a critical step to changing attitudes and expectations about the tech industry for the better.

We caught up with All Raise CEO Pam Kostka to learn more about how the organization is creating community and opportunity for the next generation of female founders and funders.

Hi Pam! Tell us a little about yourself, what’s your background and how did you get to where you are today? What inspired you to join the team at All Raise?

I’ve worked as an operator in Silicon Valley for over 25 years. When I started working in tech in 1995 — the dot-com era — I did a series of roles at different startups, from product management to marketing to sales, usually on the enterprise side, but really focusing on companies that were doing something disruptive. All Raise is probably one of the biggest challenges that I’ve taken on because it’s not about changing a company or changing an industry, but changing an ecosystem.

I was inspired to join All Raise after hitting a milestone birthday and thinking, “What is it that I want to do with my next 10 to 15 years in Silicon Valley? What is the most important work that I could do?” I really wanted to do something that was personally meaningful to me and I had been following All Raise since their launch. I don’t think you can be a woman in Silicon Valley without being tied to this cause. For me, there’s no more meaningful thing I could be dedicating my time to and it pays back some of the success and support I’ve had throughout my career, and I hope to amplify that for generations to come. I have a ten-year-old daughter. She’s interested in STEM. Should she elect to come in this direction, I want it to be different for her.

How is All Raise working to champion diversity and inclusion in tech?

Our mission is to accelerate the success of female founders and funders to build a more prosperous, equitable future. We take a top-down and bottom-up approach. On the former, we leverage our growing, influential community of investors and iconic founders to reshape culture through initiatives like Founders for Change and our Visionary Voices speakers bureau.

From the ground up, we are rewiring the industry from the inside by offering a series of programs that address the systemic obstacles facing women, especially women of color, in tech. Our programs are seeding a new flywheel in the funding, founding and scaling of startups, ensuring women have the access, guidance and support they need to be prominent in the power infrastructure of tech — as investors, founders, board members, and senior operators.

What kind of progress have you seen in the industry during your tenure as CEO?

Diversity, equity, and inclusion (DEI) is moving beyond checkboxes and is becoming synonymous with success. The growth of our community and complementary organizations like BLCK VC and LatinX VC is a testament to where the future of tech lies.

All Raise has a deep conviction that what gets measured gets addressed. To that end, we shine a spotlight on key metrics to hold ourselves and the industry accountable. The representation of women as decision-makers at the highest levels in venture has moved from 9% to 12% in the past 2 years. Last year, a record 54 women were named partner or GP for the first time. For funding going to female founders, the growth is frustratingly slower, moving from 11% to 12%.

But we still have a long way to go towards our ultimate goals: 18% women at the partner level by 2028 and 23% of funding going to founding teams with at least one woman by 2030. We also know that the funding gap is even worse for women of color — according to a 2018 ProjectDiane report, of the $424.7 billion in total venture funding invested in tech startups since 2009, Black women received 0.00006% of the funding and Latinx women received 0.32%.

What are some of the biggest challenges you see right now when it comes to working toward more equitable representation in the tech and startup worlds, and where do you see the greatest opportunities to drive meaningful change?

The current pandemic is having a disproportionately negative impact on women and people of color. Our recent study showed that female and other underrepresented founders are facing extra burdens due to COVID-19, from lower capital buffers to more caregiving responsibilities. Forced to be more capital efficient, they started out with less cash runway than their white, male counterparts. Yet our study also showed that women and people of color are also proving to be the most resilient and adaptable, reporting positive outlooks on the future of their business.

We need to ensure that the industry doesn’t fall back on pattern recognition and existing networks. But I’m also the most optimistic at this moment in time. The next big companies will be born out of this correction cycle and there is heightened focus on investing in women and underrepresented founders. It’s a real opportunity for companies to weave equity and inclusion into the very fabric of their companies from the start and build a new generation of companies. Those that do stand the best chances for success and to deliver outsized returns.

What are some things everyone can do to support diversity and inclusion in tech?

But you don’t have to be an investor, a founder, or a C-level executive. It’s really about being intentional. Male allies in tech can, for example, pass on speaking and media opportunities to women and other underrepresented people and refuse to speak on any all-male panels. They can also invite women to professional and social events where they can make valuable connections and business deals.

At Noun Project, we believe visual language has the power to shape, reinforce and change perceptions. What are your thoughts on why diverse visual representation in tech is so important to helping change the status quo in the industry?

We are bombarded every day by visual input, so what we see is what is deemed “normal” or “status quo.” In order to reshape culture we need to see the change visually — on the cover of magazines, in representation on panels, in photos and iconography used in traditional media, social media, websites, and more. It serves not only to inspire the next generation of women or people of color, but to break our existing pattern recognition and create a new normal for all of us.

Looking to the future, what inspires you and what initiatives are you most excited about right now?

There is a real and tangible movement that is growing daily around DEI. The forces of social justice are empowering change across multiple societal factors including our industry. Much like the #MeToo moment in Silicon Valley that started All Raise, it is here to stay. The resulting wind in the sails of DEI is creating faster progress than has been seen historically.

I’m also excited about the growing engagement of male allies who are equally committed to enabling change and who understand that we have an opportunity to create a bigger pie for all. It will take many good men working alongside women and people of color to enact change.

How can people help support the work you’re doing?

Join our community and be part of our mission. Check out our programs on our website at allraise.org and sign up for our newsletter to keep up with what we’re doing. Apply to be a speaker in our Visionary Voices speakers bureau or send the application form to female/non-binary tech leaders in your network.

The Diversity In Tech Photo Collection
You can view and download images from Noun Project’s new photo collection celebrating diversity in tech here.

About All Raise
All Raise is on a mission to accelerate the success of female founders and funders to build a more prosperous, equitable future. Born out of a grassroots movement in 2017, our programs arm women with access, guidance, and support to advance their professional growth. When the architects of tomorrow better reflect the world, our world is better served. Learn more at allraise.org.