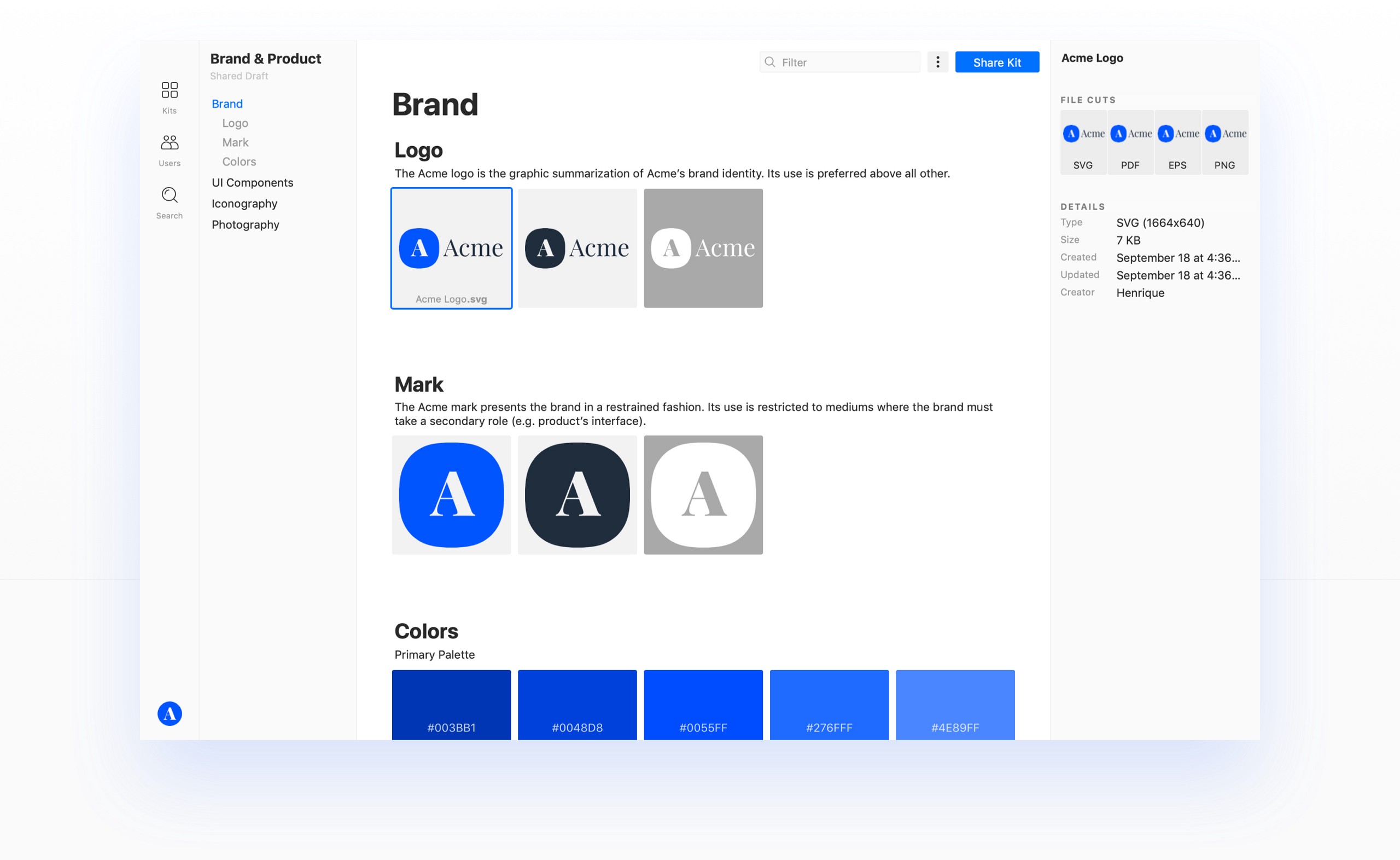 Used by some of today’s most innovative companies, Lingo is transforming the way creative teams work.

Since launching on Kickstarter in 2011, Noun Project has grown to become the world’s leading resource for icons. In 2016, the team behind Noun Project developed and launched a brand new product — Lingo. Designed to help teams manage and share their digital asset libraries, Lingo is a new kind of digital asset management tool built for today’s visual world. We sat down with Edward Boatman, Noun Project Founder and CEO at Lingo, to learn more about what led to its creation and where the product is today.

You founded Noun Project in 2011 — when did you decide it was time to develop a new product and why?

We started Noun Project because we wanted to create a universal dictionary to help people visually communicate information and to make visual communication accessible to non-designers.

We’ve always looked at Noun Project as more than just a collection of icons, but instead as a visual language that helps people communicate. In fact, our mission is “Creating, sharing and celebrating the world’s visual language.”

Visual language however, is much broader than just iconography. It consists of colors, patterns, gifs, photos, UI components and many other types of visual content we interact with on a daily basis. None of this content was on Noun Project though, so in 2015 we started to look at ways to grow beyond iconography and further pursue our mission.

How did you decide on Lingo? What were the challenges you were experiencing in your own workflow that led you to develop this solution?

When we first started to explore ways of expanding beyond iconography I don’t think any of us thought it would result in a completely new product, but that’s exactly what happened.

To kick off our exploration we held an internal hackathon around a simple question: How can we offer new types of visual content outside of iconography to our customers? The first step in the process was for each team member to interview two image “creators” and two image “consumers.” Through these interviews, we learned Noun Project was really valuable at the beginning of a designer’s workflow when they were rapidly prototyping. As they moved through the design process into creating higher fidelity comps, they also needed to use a wider range of their own visual assets.

We discovered people felt their assets were poorly organized and were strewn all across the digital landscape, buried in countless folders — we’ve all experienced this frustration, right? This was our “aha” moment. What if we could help our customers organize their digital assets in a way that would make them easy to find and even easier to use? We could help people bring order to the chaos of file management and enable them to work faster and be more productive.

Who can benefit the most from using Lingo?

The users or consumers of the asset libraries can be anyone from a designer to a marketer to a member of the sales team. What they all have in common is the need to use assets to create visual content. Lingo’s interface makes it easy for them to quickly find the asset they need in the format they need, all without needing anyone else’s help.

It’s pretty special that Lingo was developed by designers, for designers and from a team so deeply connected to the design community. What are some of the key pain points Lingo is designed to alleviate?

There are a few pain points that seem to be universal when it comes to traditional solutions for managing digital assets.

I heard this great quote once, that building a product is less like stacking blocks and more like chipping away at a stone to reveal a sculpture. I feel like we’ve been chipping away at our product — removing what’s excess and isn’t working, and leaving and improving what is — and it’s beginning to reveal something beautifully simple, yet powerful.

From the start we’ve had four product focus areas: Asset, Organize, Share and Use, and we’ve continued to make significant investments into all of them.

Asset
Since we launched, we’ve added more asset types that can be managed in Lingo like colors, Sketch components (through our Sketch plugin) and coming soon will be Fonts, Type Styles and much more.

Organize
We’ve made some massive improvements here. Customers can now reorder their assets so they’re arranged in a meaningful way and they can add contextual information directly inline with their assets to ensure they’re being used as intended.

Share
We rebuilt our sharing and distribution functionality with teams in mind. It’s now incredibly easy to share what you want — a single asset or an entire library — with whoever you want — a single person, your entire team or even the entire world (seriously).

Use
We believe when an asset is in Lingo it should be more useful than if it were stored outside of Lingo, which is why we’ve improved our automatic file conversions and brought them to the web app.

In terms of where the product is headed, we’re working hard to support more asset types so customers can manage and distribute more of their digital assets using Lingo.

What are some tips people can use as they get started with Lingo to make sure they’re getting the most out of it?

I’d recommend starting by taking a look at a Lingo Resource Kit. They’re available for free on the Lingo Store and will give you a good idea of how an asset library can be organized and used, and why Lingo’s flexible canvas is a much better option than the traditional folder.

Next, if you want to organize your own assets in Lingo I’d recommend starting our fully-featured 30 day Free Trial and adding the assets your team members most frequently request. Most people start with logos, icon files, or product photography.

Once you have your asset library assembled, distribute it to your team members and see how easy it is to use, create, and share.

Thanks for taking the time to share more about Lingo Edward! For more information about Lingo and to try it for free, visit www.lingoapp.com.