It’s 2022, so why is there still a serious lack of diversity in tech? The first computer code was written by a woman, women were among the field’s earliest innovators, and Black women in computing made history at NASA. Silicon Valley, still the global hub of tech, innovation, and venture capital, started in 1930’s as an (older) white boy’s club. While some progress has been made to include more women, people of color, and other underrepresented groups, we have been moving at glacial speeds that no one in tech — or any industry — should find acceptable.

It’s a topic that has been covered extensively in recent years, from examining employee demographics of the major players in Silicon Valley to breaking down where venture capital funds are being allocated and the tech talent pipeline. The complexity of the issue requires a multi-pronged approach and we are thrilled to see many organizations and individuals stepping up to the plate. On our end, Noun Project is contributing to the flywheel by shifting people’s perceptions about who “belongs” in tech through the use of mass media.

If we want people from underrepresented groups to be welcomed and feel welcome in tech, they need to see themselves represented in tech.

The images we’re exposed to every day have the power to shape, reinforce, and change how we see the world. Countless studies have shown a powerful connection between the images we see in mass media and how we see ourselves, and the evidence is clear: representation matters. Giving underrepresented groups a visual seat at the table is a critical step in shaping attitudes and expectations about the tech industry, as well as reframing the narrative for those already in tech and folks thinking through future career opportunities.

Noun Project has partnered with outstanding organizations leading the charge — All Raise, AnitaB.org, Blavity, Grid110, and Latinas in Tech — to launch a new collection of stock photos that celebrate and promote diversity in tech. Each photo is free for anyone to use under a Creative Commons license, because changing culture requires accessible images that can be used by all. Along with the photo collection, each week we will highlight the stories of the change-makers nominated by our partners for making an impact in our industry. You can read the first one here.

Together, we will set the standard for what tech should, and more importantly — will — look like in the near future.

Explore over 200 images in the Diversity in Tech Collection on Noun Project.

This collection was created by Noun Project in partnership with a coalition of outstanding organizations that are leading the charge to champion DEI in tech. Over the next few weeks we’ll be highlighting their work alongside interview profiles that celebrate individuals who’ve made a significant impact in advancing diversity and inclusion initiatives in the tech industry.

All Raise
All Raise is on a mission to accelerate the success of female founders and funders to build a more prosperous, equitable future. Born out of a grassroots movement in 2017, our programs arm women with access, guidance, and support to advance their professional growth. When the architects of tomorrow better reflect the world, our world is better served. Learn more at allraise.org.

AnitaB.org
AnitaB.org connects, inspires, and guides women in computing, and organizations that view technology innovation as a strategic imperative. Its social enterprise supports women in technical fields, as well as the organizations that employ them and the academic institutions training the next generation.

Grid110
Grid110 is an economic and community development non-profit dedicated to creating clearer pathways to success for early-stage entrepreneurs in Los Angeles. Through its two cohort-based accelerator programs, Idea-to-Product (I2P) and Residency, Grid110 provides founders in Los Angeles with a growing community of fellow entrepreneurs, expert mentorship, and crucial resources.

Latinas in Tech
Latinas in Tech is a non-profit organization working to rebuild the tech industry so that Latinas are well-represented throughout all levels of the ecosystem. The group is comprised of more than 10,000 women, representing more than 23 countries, working at more than 200 of the top technology companies. The group began in Silicon Valley in 2014 and has since then expanded to ten other cities and states: Atlanta, Austin, Boston, Chicago, London, Los Angeles, Mexico City, Miami, New York City, Sacramento, Seattle, Utah, and Washington DC. Latinas in Tech focuses on 3 key pillars: professional development, recruiting, and mentorship. For more information, visit https://www.latinasintech.org. 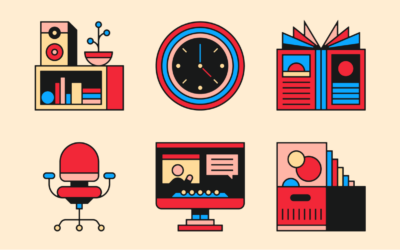 How to Create Minimalist Geometric Designs with Tim Boelaars 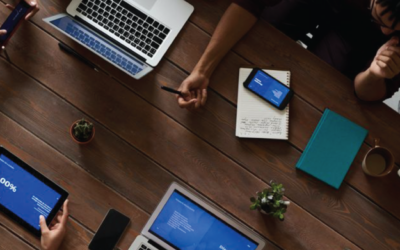 What are Marketing Materials? + 15 Effective Examples 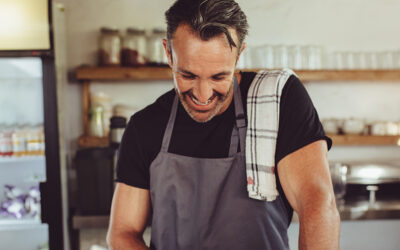 Art of the Menu: 21 Menu Design Ideas That Are Dine-amite

These creative menu design ideas are effective and will look great in your restaurant or cafe. You don’t need to be a designer to create a menu that stands out.